I am disappointed to learn that The Guild have once more been the subject of misleading posts on Jane Finch’s Facebook group page, this time in connection with a former Guild member called Brian Clarke of Budget Riviera Removals.

I have been supplied a copy of an “Appeal” on behalf of Mr Clarke that has been launched via Crowdfund which I understand is readily being shared on Facebook within the industry. You will note the sponsor of the Appeal is anonymous, which comes as no surprise in view of the number of misleading statements and untruth’s contained within the text accompanying the “Appeal”. This letter deals in detail with those false allegations.

As to the “Appeal” and its purpose, it should first be noted that Mr Clarke has in fact been given around 6 years by The Court to meet his financial obligations to The Guild whereas the real threat to the loss of his house is in fact his mortgage lender who has notified us (see link) that they are seeking a repossession order on the property.

It therefore appears that Mr Clarke’s best chance to save his house is to use most if not all of the monies donated through the “Appeal” to repay his mortgage lender as quickly as possible. It follows that seemingly the primary object of the “Appeal” is in fact to help Mr Clarke pay off his mortgage arrears rather than The Guild.

You may be further surprised to learn that Mr Clarke actually put his house on the market more than a year ago with Burrows Estate Agents, without The Guild requesting him to do so or any Court ordering it. That said, status enquiries revealed that Mr Clarke had in fact fallen behind with his mortgage payments and was heavily indebted elsewhere. It therefore seems that selling his house or paying off his mortgage arrears were the only options open to Mr Clarke at that stage.

The “Appeal” alleges (falsely) that Mr Clarke was “caught out” by a 21 week Free Trial Offer. For clarity Mr Clarke was in fact not charged anything, nor did he receive any requests for payment, during the Free Trial Period.

I now address the false allegations made by Mr Clarke in respect of what transpired following his participation in the Free Trial Offer.

In view of what has been written in the “Appeal” you may be surprised to learn that Mr Clarke was in fact advertising on his company website as a Guild member at least 9 months after his Free Trial Offer period expired (on 18 March 2013). Furthermore Mr Clarke admitted, in writing, to having used Guild branded marketing materials (sales aids) that were supplied to him as part of the full membership package after the Trial Period had ended. The pertinent point being that Mr Clarke claimed, and claims, that he wasn’t a Guild member after the trial and that the discounted membership charges of £125 per month were unfair and unwarranted. In view of Budget Riviera’s extended claims of Guild membership on his website and Mr Clarke’s use of Guild branded sales aids, his claims were of course unsustainable. Please find herewith screenshots of Budget Riviera’s home page and about us pages from 6 December 2013; 9 months after Mr Clarke claimed he was not in membership.

For full details of what actually transpired in relation to Mr Clarke and the Free Trial Offer please visit the following link which includes copies of the documentation Mr Clarke signed.

The Guild are sure after viewing this information you will appreciate just how clear and simple the agreement and accompanying Frequently Asked Questions were to understand. The Guild could not have been fairer or more transparent.

In an attempt to win your sympathy and a donation, Mr Clarke’s “Appeal” statement says that he failed, in the first instance, to defend his case because his mother in law, who was suffering from dementia, had stuffed the court papers down the side of a sofa; this is untrue. In his witness “statement of truth” provided to the court in written evidence, Mr Clarke stated that he repeatedly put the papers to one side because he couldn’t be bothered to deal with them. The story about his mother in law was concocted at a later stage for obvious reasons. It speaks volumes of Mr Clarke’s credibility that he was/is prepared to use his mother in laws serious mental condition to try and evade the financial commitments of his business.

The wording of the “Appeal” would suggest that Mr Clarke’s failure to deal with the court papers prejudiced his right to be heard in Court; this is not the case.  In fact Mr Clarke’s case/defence was heard by a total of 3 judges at 7 different hearings, including an appeal, all of whom found in the Guild’s favour. For reasons that will become evident as you continue to read through this letter key evidence in Mr Clarke’s defence was not credible and the end result was that he was adjudged to be responsible for paying the membership fees.

It is telling as to Mr Clarke’s conduct in this matter that while judges have total discretion when awarding interest and costs they, in Mr Clarke’s case, not only found in The Guild’s favour (in that Mr Clarke was liable to pay The Guild’s membership fees) but also chose to award The Guild the maximum interest permitted by law and very substantial costs.

In the “Appeal” text allegations are also made that The Guild misled Mr Clarke by not supplying him with leads during his Free Trial Offer period. Please visit the following link which addresses those allegations. You will note that it was entirely Mr Clarke’s own fault and responsibility that he received no leads.

There would in fact have been no need for any of this unpleasantness had Mr Clarke simply paid the trial offer follow on discounted membership subscription fees of £125 per month, as per his trial agreement, and as fully highlighted in the Frequently Asked Questions document. He was after all knowingly advertising his business as a Guild member for at least 9 months after the Free Trial membership period had ended and had admitted to using Guild branded sales aids during that time. In fact he offered, in writing, to return those marketing packs and to pay The Guild for the packs that he had used; he did neither.

It is therefore hardly surprising that Mr Clarke’s claim to have not been in Guild membership, allied to his refusal to pay the discounted subscription fees, did not sit well with The Court. Further still, and sadly, by running such an unsustainable defence right up to an appeal hearing he also incurred substantial, unnecessary and totally avoidable legal costs.

The Guild suggests that those of you that are fair and open minded may by this point be asking yourself how those that were not present at the 7 hearings, nor had sight of all the documentary evidence (now provided), could possibly be in a position to legitimately criticise The Guild in respect of their dealings with Mr Clarke.

Similarly you may also be wondering why those very people are spinning matters in such a way as to allege that Mr Clarke was in some way ‘deceived’ by The Guild when it is clear those allegations are not true, not least where 3 judges, one of them at appeal level, having heard from both Mr Clarke and his legal representative, and having reviewed all of the documentary evidence on a number of occasions, all concluded that Mr Clarke’s defence was not sustainable.

In closing we trust that it is now apparent as to why the authors of the “Appeal” choose to remain anonymous.

Thank you for taking the time to read this. 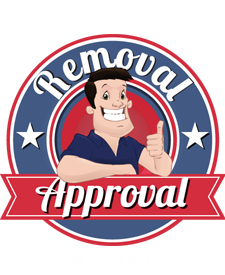